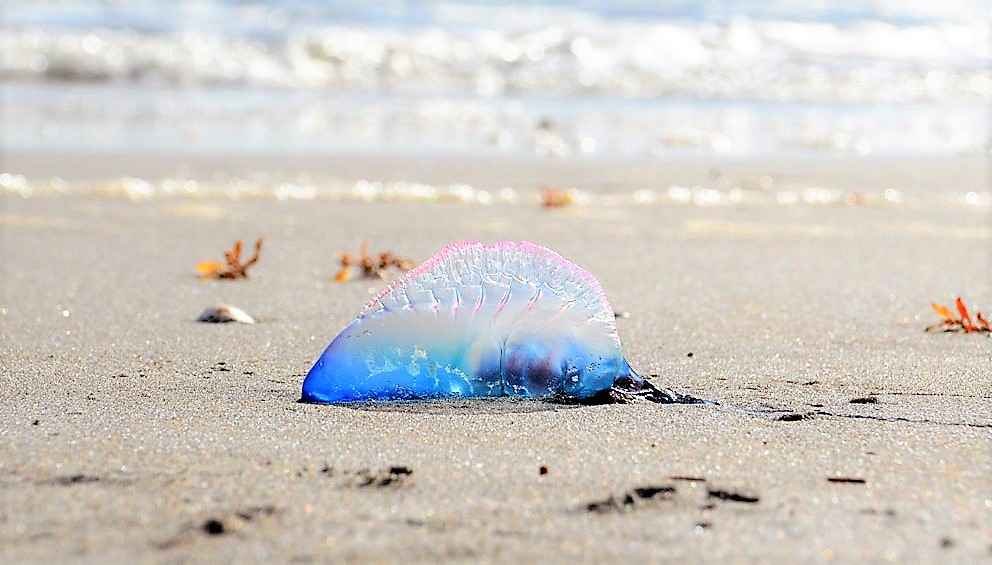 Entering the ocean is a whole new world. Part of that world is the Portuguese Man-Of-War.

What is the portuguese man-of-war

The portuguese man-of-war is a jelly-like marine animal but it's no jellyfish. It belongs to a different group of creatures called the siphonophores. In fact, these sea creatures are four different polyps or organmisms that work together to survive. Man-of-Wars are well known for their painful and powerful sting. They can be found in all warm ocean waters !


One point to make clear is the Portuguese man-of-war does not attack humans. They do not have a propulsion system; the wind and currents directly moves them around. They swim by the wind, feel for prey using their long tentacles and make little baby man-of-wars. If your swimming in the ocean water and get stung, it's just by accident you were in the wrong place at the wrong time.

This stinging animal is called the portuguese man-of-war because it looks a bit like the Portuguese battleship with a sail. It's not built like a battle ship, but the body has a gas filled float also called a crest, which can be blue to pink in color. The float even looks like a small bag or balloon. It can be anywhere from 9 to 30 centimeters. Since it has no control over where it goes, Man-of-Wars are often found washed ashore by winds, tides or current, especially during winter months when the wind is bad. The bag that keeps it afloat must be kept wet. If the bag dries then the Man-of-War dies. To keep it from drying out the portuguese man-of-war dips its sail in the water once every so often. It's been purported the portuguese man-of-war can deflate it's float and submerge during times of threats or bad weather.

Underneath the float are clusters of polyps with coiled tentacles that hang off. The stinging tentacles can grow up to 9 meters long (30 feet) but can extend to 30 meters (100 feet). They are covered in venom-filled nematocysts or capsules that contain micro-darts used to paralyze and kill small fish, plankton and crayfish. The stings of the portuguese man-of-mar aren't just painful to their prey. It can cause some serious pain and effects to people too including allergic reactions. This includes fever, shock as well as heart and lung problems. If you're stung by a portuguese man-of-war pick off any visible tentacles, then rinse with fresh or salt water. Emergency warning signs that need urgent medical attention include: Difficulty breathing or shortness of breath. Pain or pressure in the chest or abdomen. Sudden dizziness and/or persistent vomiting. 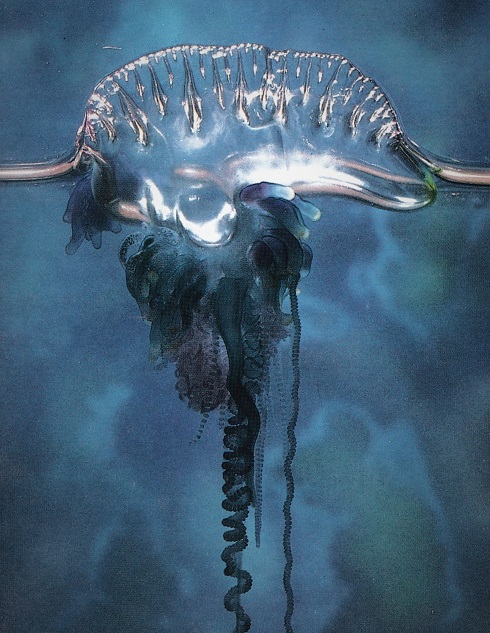 
It's been reported in the National Center for Biotechnology Information (NCBI) that enzymes presence in the portuguese man-of-war are similar to that of complex enzyme mixture of snake venom by the Department of Biochemistry, University of Karachi, Pakistan. Another report that is unconfirmed on the internet is the toxins from tentacles are about 75 percent as powerful as cobra venom.

In any event, if you are stung and experience severe pain, seek medical attention immediately. In some cases, a portuguese man-of-war sting can cause excruciatingly pain, but rarely death; there have been a few reports worldwide but are unconfirmed. Beware that even dead portuguese man-of-war's washed up on shore can deliver a sting.

Recovery periods can vary from several days to several weeks or longer depending on the size of the area effected as well as allergic reaction to the venom.

Once the fish or prey are paralyzed and killed; the muscles in the tentacles pull the fish up under the float to the the polyp that contains digestive organisms where the portuguese man-of-war can can start its meal.

Portuguese man-of-war reproductive sections (gonozooids) have two sexes, male and female. When the man-of-war gather in large groups, they release their genetic hopefuls, eggs and sperm, into the ocean. The eggs and sperm meet and form their own little gonozooid.


The Enemies of the Portuguese Man-of-War

The Portuguese man-of-war does have a few enemies that will feed off them: the sea turtles loggerhead and hawksbill. The man-of-war stinging cells cannot penetrate the turtles armored body and head. A few pilot or scavenging fish that travel with the portuguese man-of-war are immune to the poison. The clown fish and the man-of-war fish hide within the tentacles and perhaps attract larger prey into the trap and feed on the caught prey.

Ever hear of the blue sea dragon? Well this little guy feeds off the man-of-war as well. The stinging cells from the portuguese man-of-war are consumed and stored in the sea dragons special sacs called cnidosacs. The sea dragon uses its own tissues as defense against other predators; that includes humans as well. If you handle the small sea dragon; you may receive a very painful and potentially dangerous sting.

They float upside down and attach to the portuguese man-of-war for a meal due to it's immunity to the venomous stings cells of the man-of-war. They ingest the stinging cells and store them in specials sacs. The Sea Dragon is tiny (palm size) and if you see one washed up; you may received a very painfull sting if you pick it up. 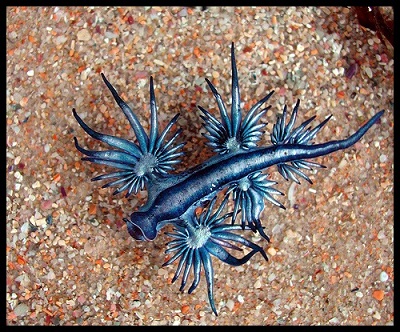 The Portuguese man-of-war is often found with many different kinds of marine fish. The clown fish is one type and swims a among the tentacles without being stung. This may be possible due to the mucous layer on the clownfish’s skin making it immune to the nematocysts or discharge area of a coiled barb "dart" with venom. 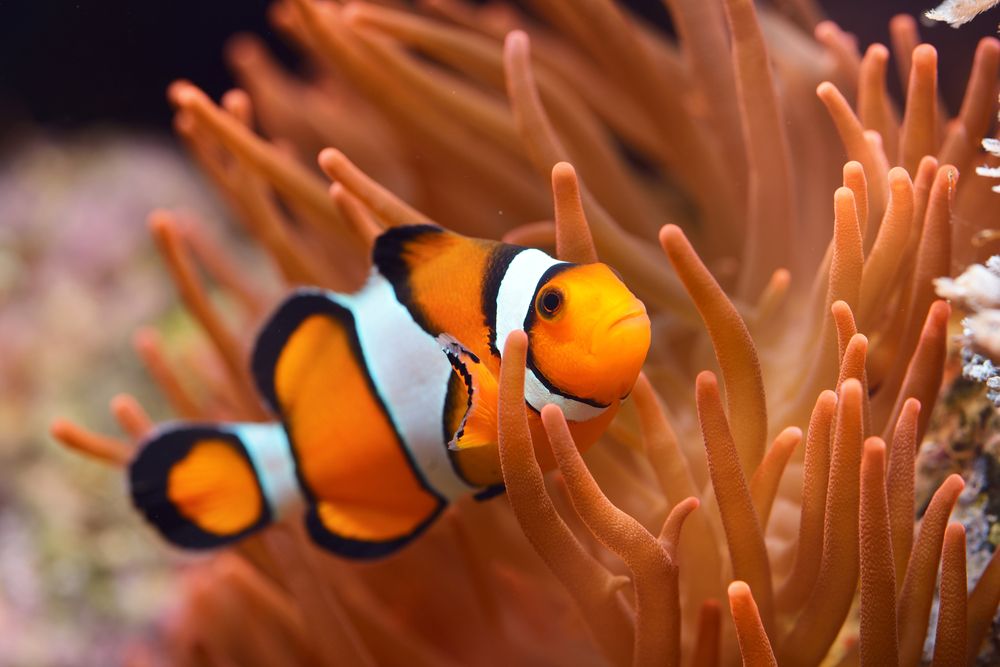 The clever man-of-fish are known as pilot fish. They are scavengers, looking for a free meal and they travel with the portuguese man-of-war. The fish is highly quick-moving while swimming to physically avoid tentacles.

If you happen to see them while scuba or skin diving in the ocean; turn around and go the other way. Chances are a portuguese man-of-war is right around the corner. 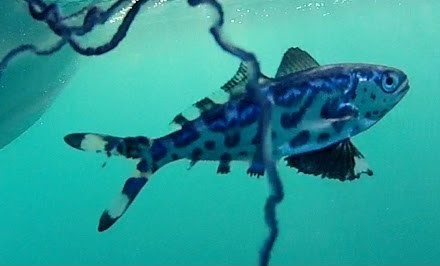 Loggerhead turtles are important to the environment. They feed on their hard-shelled prey recycles important nutrients and keeps ocean floor sediments in balance. They carry colonies of small plants and animals on their shells which serve as important habitat themselves. As many as 100 species of animals and plants have been recorded living on one single loggerhead turtle.

The loggerhead is facing high risk of extinction in the wild and are protected under the Endangered Species Act (ESA). 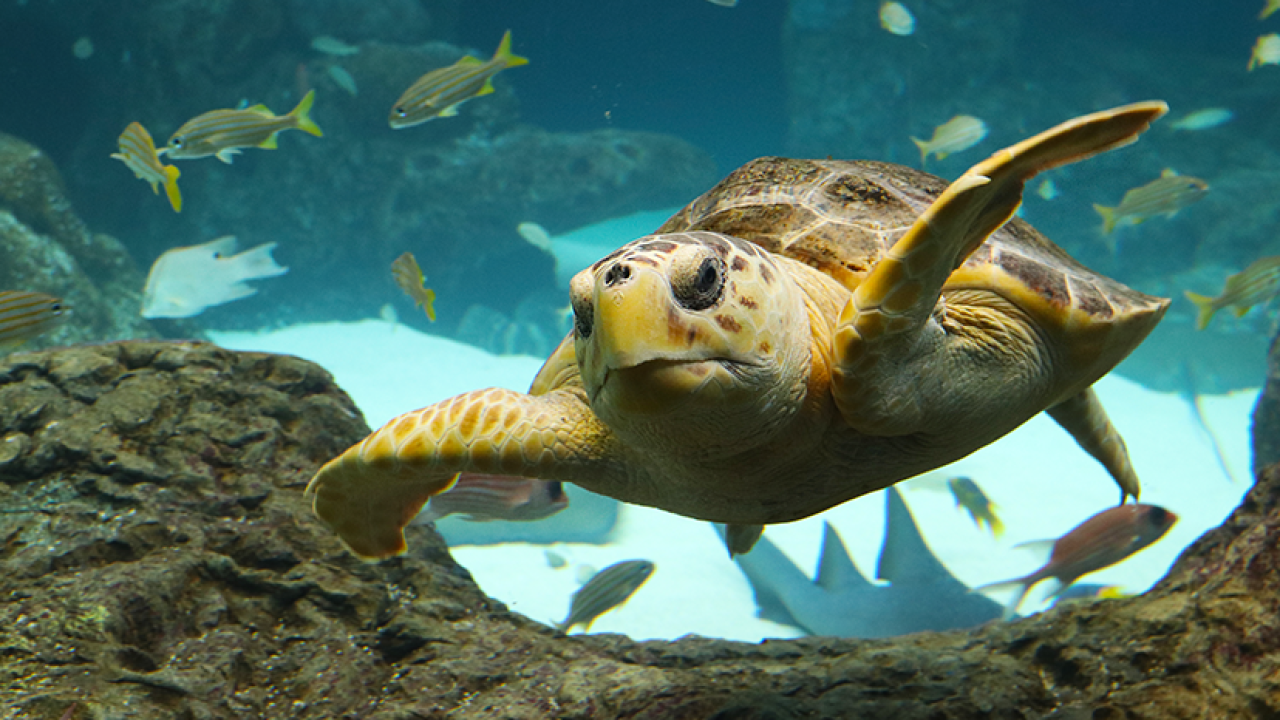 Hawksbills turtles help maintain the health of coral reefs. As they remove prey such as sponges from the reef's surface, they provide better access for reef fish to feed. They also have cultural significance and tourism value. For example, for local residents in the Coral Triangle, the flow of visitors who come to admire turtles is a vital source of income.

The hawksbill is a critically endangered species. It is protected by international policies and illegal to hunt. 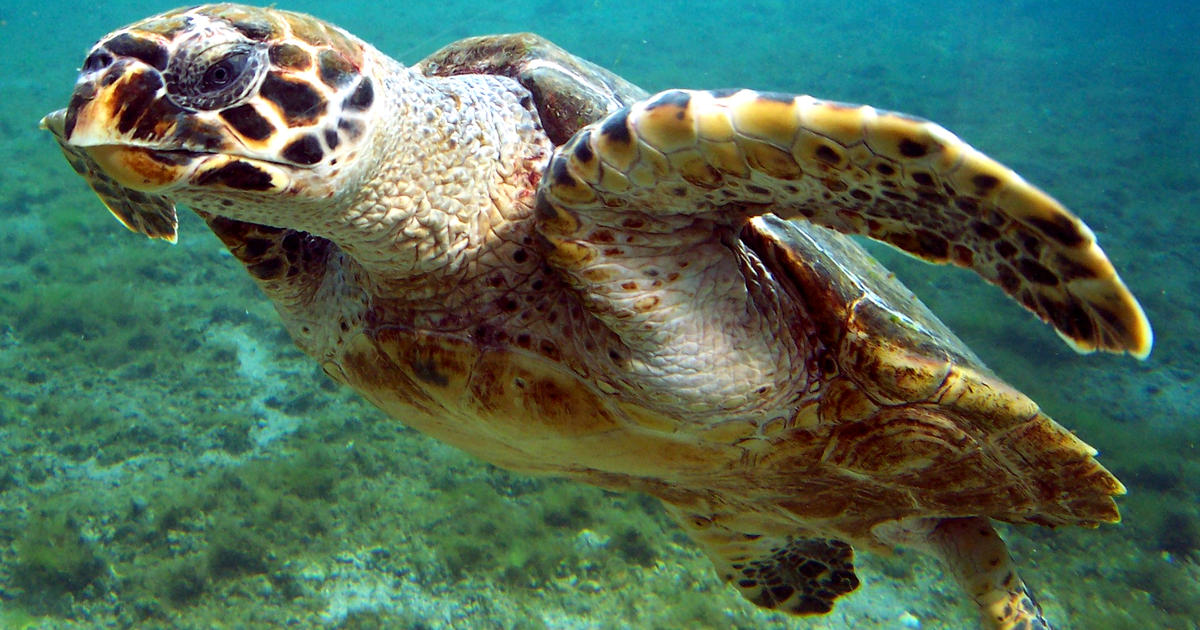